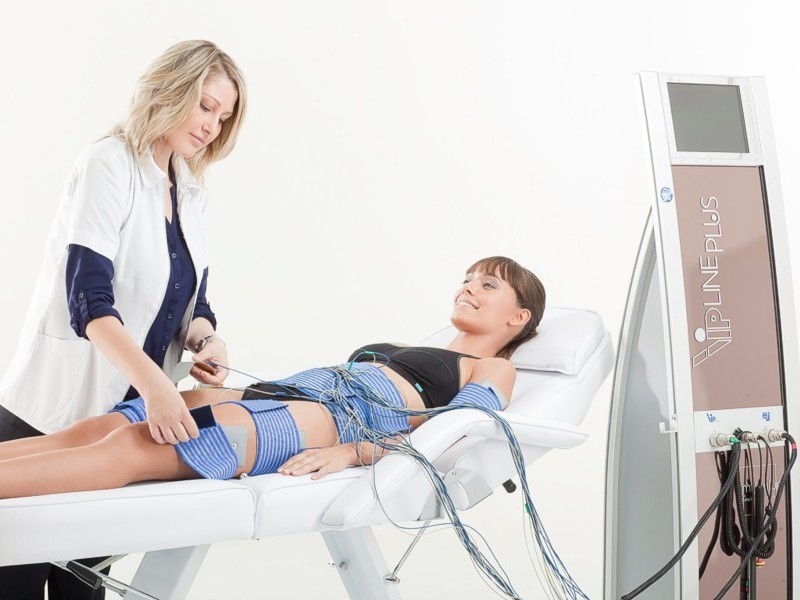 Prolonged exposure to microgravity is associated with multi-system deconditioning including the cardiovascular (Hargens and Richardson, 2009) and musculoskeletal systems (Narici and de Boer, 2011). For instance, spaceflight-induced decrements in bone mineral density (Vico and Hargens, 2018) and skeletal muscle mass (Fitts et al., 2010) are common, particularly in lower-limb muscles (LeBlanc et al., 1995). Despite the considerable subject variability in the extent of muscle atrophy and functional loss, one of the most affected muscles seems to be the triceps surae, for which muscle fiber atrophy of 20% has been observed after 6 months of spaceflight (Fitts et al., 2000; Fitts et al., 2010). Long-term spaceflight is also known to impair functionality (Mulavara et al., 2018), neuromuscular control (Cohen et al., 2012) and skeletal muscle strength (Tesch et al., 2005; Shiba et al., 2015), with the strength decline primarily reflecting the loss of muscle mass (Fitts et al., 2010). Since the Skylab missions, it has been known that spaceflight induces more weakness in thigh than arm muscles, particularly the knee extensors, for which ∼20% of strength loss was reported after 1- and 2-month missions (Fitts et al., 2000). Recent studies suggest that in some individuals there are persistent neuromuscular control issues – compounded by and/or related to neurovestibular dysfunction (e.g., Van Ombergen et al., 2017) – resulting in extended periods of physical rehabilitation upon return to Earth (Lambrecht et al., 2017; Petersen et al., 2017).

Exercise Training as a Countermeasure

In order to address microgravity-induced deconditioning, exercise countermeasure training is performed daily on the International Space Station (ISS) (Hackney et al., 2015). Despite the medical standard agreements between the ISS international partners, each partner utilizes different training regimes that are to some extent individually tailored for each crewmember. For example, exercise countermeasures in the United States operating segment (NASA, ESA, JAXA, and CSA) consist of an integrated resistance and aerobic training schedule employing the advanced resistive exercise device (ARED), the second generation treadmill (T2), and a cycle ergometer with vibration isolation and stabilization (CEVIS) (Petersen et al., 2016). In contrast, the Russian operating segment employs the

cycle ergometer, and the force loader (HC)-1 installed on the

Despite the significant investment in both resources and crew time, astronauts typically require a period of rehabilitation upon return to Earth (Lambrecht et al., 2017; Petersen et al., 2017), indicative that deconditioning is not entirely prevented (English et al., 2015; Sibonga et al., 2015). In fact, there appears to be significant variability in the relative effectiveness of ISS countermeasures across various physiological systems (Williams et al., 2009), but also between individuals (Rittweger et al., 2018). The current countermeasure regimes appear unable to fully counteract muscle atrophy and weakness during long-duration ISS missions. For example, even high-volume aerobic training (∼500 km of running) complemented with high-intensity resistance training (∼5000 high-intensity heel raises) were insufficient to prevent plantar flexor weakness and atrophy during a 6-month ISS mission (Rittweger et al., 2018). Furthermore, the current countermeasures require significant time and effort (both for exercise itself and for setup/stowage) in addition to potentially interfering with other crewmember tasks, including experimentation. This explains the increasing attention devoted to consider low-volume, simple and complementary exercise modalities, for use throughout, or potentially for only a short period prior to re-exposure to a gravitational vector, be it Earth, or the hypogravity of the Moon. One of those easily applicable and potentially powerful countermeasures – neuromuscular electrical stimulation (NMES) – is the focus of this article.

Neuromuscular electrical stimulation involves delivering pre-programmed trains of stimuli to superficial muscles via self-adhesive skin electrodes connected to small portable current generators. Such electrical stimuli can be used to evoke relatively strong (albeit sub-maximal) muscle contractions, whose activation pattern is substantially different from that of voluntary contractions. NMES recruits motor units in a non-selective, spatially fixed, and temporally synchronous pattern (Gregory and Bickel, 2005), with the advantage of activating fast muscle fibers at relatively low force levels, but produces greater muscle fatigue when compared with voluntary actions. If provided repeatedly, NMES improves muscle strength, power and endurance in healthy individuals (Gondin et al., 2011b; Veldman et al., 2016), even though these effects are not superior to those induced by voluntary training (Bax et al., 2005). More importantly, NMES has been shown to preserve/restore muscle mass and aspects of neuromuscular function during/following a period of reduced activity due to illness, injury or surgery (Dirks et al., 2014; Jones et al., 2016; Spector et al., 2016; Maffiuletti et al., 2018), with greater effectiveness compared to other rehabilitation modalities (Bax et al., 2005). As such, NMES is widely used as a rehabilitation strategy for patients with a range of diseases (Jones et al., 2016; Spector et al., 2016), both during and following prolonged physical inactivity. NMES also provides beneficial effects in healthy subjects undergoing short periods of ground-based models of microgravity-induced deconditioning, e.g., bed rest or limb immobilization (Dirks et al., 2014). The majority of terrestrial NMES research has involved stimulation of knee extensor and/or plantar flexor muscles, whose atrophy and weakness can significantly impair locomotion. Although traditional countermeasures have the potential to partially attenuate spaceflight-induced muscle alterations (Fitts et al., 2010), no direct comparison of the effectiveness of these countermeasures versus NMES currently exists.

As such, this mini-review is focused on the use of NMES as a potentially-complementary countermeasure against skeletal muscle atrophy and weakness induced by human spaceflight. We provide an overview of the rationale and evidence for NMES-based terrestrial state-of-the-art knowledge, compare this to that employed in orbit and in ground-based analogs, and provide practical recommendations for possible NMES implementation in future space (or analog) missions.Go to:

NMES in Orbit: Sub-Optimal Use and Evidence

Roscosmos have employed different NMES devices (see top of Table 1) in orbit and in ground-based analogs (Kozlovskaya, 2008). The Tonus-3 unit (Yarmanova et al., 2015) possesses four programs designed to stimulate: calf and quadriceps; calf and hamstring; calf, abdominal and back muscles; and shoulder muscles. Pulses have a duration of 1 ms and maximum current amplitude is ∼300 mA. Stimulation frequency is 10 kHz modulated at 60 Hz. Stimulation (ON) time is 0.5/1.5 s with a non-stimulation (OFF) period of 1.5 s, or alternatively an ON time of 10 ± 1 s with an OFF time of 50 ± 5 s. Another Russian stimulator, the Stimul-01 HF Set, generates high-frequency alternating sinusoidal electrical stimuli at 2.5 kHz with rectangular pulses modulated at 50 Hz. This device is intended for 40-min stimulation periods of lower limb, back, neck, shoulder and arm muscles, although few details have been published (Kozlovskaya et al., 2009). The Stimul-01 LF Set, a wearable NMES system, was uploaded to the ISS in 2006 (Yarmanova et al., 2015) based on data suggesting that low-frequency stimulation is an effective countermeasure against the effects of ground-based (dry immersion) gravitational unloading (Kozlovskaya et al., 2009). The Stimul-01 LF Set provides NMES for 1 s followed by 2 s intervals. The symmetrical bipolar rectangular pulses have a duration of 1 ms and are delivered at 25 Hz, a stimulation pattern considered compatible with work-day activities without being unduly uncomfortable.

This website stores cookies on your computer. These cookies are used to collect information about how you interact with our website and allow us to remember you. We use this information in order to improve and customize your browsing experience and for analytics and metrics about our visitors both on this website and other media. To find out more about the cookies we use, see our Privacy Policy.

If you decline, your information won’t be tracked when you visit this website. A single cookie will be used in your browser to remember your preference not to be tracked.
Accept Decline

Thank you for getting in touch!