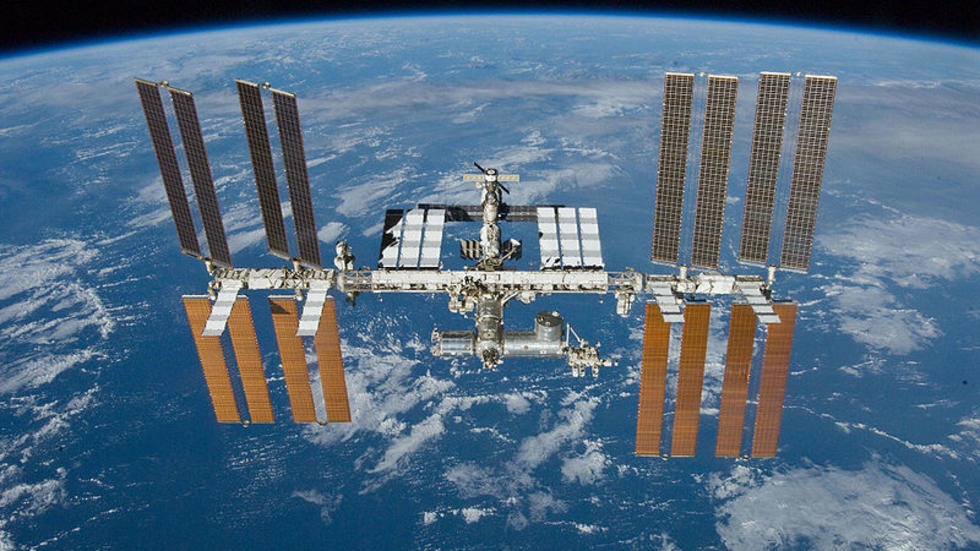 A decrease in muscle volume was reported by 4–16%, and in strength was reported by 9–11% after 5–17 day short-term Space Shuttle flights [4–6]. 16–28 weeks stays on the Station Mir resulted in changes of 12–20% in volume [7]. It was also reported that volume of the gastrocnemius and soleus muscles decreased by 10% and by 15% respectively, and concomitant peak plantar flexor power decreased by 32% in nine subjects after about 6 months on the International Space Station (ISS) [8].

Astronauts usually exhibit a decrease in Bone Mineral Density (BMD) in the hip and lumbar spine by 1.0% to 1.5% per month [2,9,10]. This finding highlights the accelerated rate of BMD loss during spaceflight, contrasting remarkably with the typical age related rate of bone loss of 0.5% to 1.0% per year in older individuals on Earth [2]. The risk of fractures is of particular concern upon re-exposure to mechanical loading, such as during the exploration of an unknown planet or return to Earth’s full gravity field. Moreover, cumulative skeletal deconditioning could increase the risk of premature osteoporosis and of fractures later in life.

Such deteriorations of the musculoskeletal system are one of the main issues for a long term stay in space, and several countermeasures have been developed and their effectiveness reported [1,2,11–14]. Concerning these countermeasures, the evidence report of the Human Research Program of NASA described as follows [15]. A very simple exercise device which consisted of nylon cords rotating around a shaft within the cylinder was used on some Apollo missions. After the first manned mission to Skylab 2 (Skylab project was the first United States orbital space station), a commercial device, termed “Mini Gym,” modified extensively and designated “MK-I,” was available to transmit the force on the arms, trunk, and legs. Subsequently developed exercise devices provided loads by extension springs or bungee cords. In the early phase of the ISS program, the interim Resistive Exercise Device which was an elastomer-based resistive exercise hardware was used. A further developed version, called advanced Resistive Exercise Device (ARED) was delivered to ISS in 2010 and is in use now. ARED delivers adjustable loads of up to 600 pounds produced by vacuum canisters to enable a constant force and inertial flywheels to simulate the inertial loads that would be experienced using free weights at 1-G gravity. Thus, the development of countermeasures has advanced, ARED especially has provided good results. However, ARED occupies a large space and is difficult to use on a small spaceship which will be indispensable for missions to the moon, establishment of a lunar base, and interplanetary travel to Mars. Furthermore, there is only one ARED system in ISS, and thus the astronauts on the ISS can’t exercise at the same time. If the ARED breaks down, it is a severe problem.

In this experiment, as an initial verification on the ISS, HTS was used for one of an astronaut’s upper extremities (the non-dominant arm) for four weeks, and the resulting muscle strength, mass and BMD were compared to those of the non-HTS arm (the dominant arm) to examine its orbital operation capability and utility, as well as the preventive effect of HTS for musculoskeletal atrophy of an astronaut in weightlessness.

IRB of the Japanese Aerospace Exploration agency: JAXA and National Aeronautics and Space Administration: NASA approved the design of this study protocol. The subject was given oral and written explanations of the study involving the objective of the training method and its risks, and then signed consent forms for participation in this research. The subject was assured that he could discontinue if he wished. The individual of figure in this manuscript has given written informed consent (as outlined in PLOS consent form) to publish these case details.

One of the ISS crew members was a candidate as the subject. The subject was allowed to perform daily operation and usual activities on the ISS including daily exercise and other experiments.

The system was basically the same as those used in previous ground based experiments [16–22], however it was designed and manufactured for use in the ISS under the criteria of NASA (Chiyoda Advance Solutions, CHIYODA CORPORATION, Yokohama, Japan). For example, the hardware of the ground model was changed so that harmful gas would not be generated in case of a fire, and the electromagnetic wave produced by the stimulator had no adverse effects on ISS. HTS consists of an electric stimulator, battery, electrodes, motion sensor, and a muscle supporter (Fig 2). The size and weight of the HTS device were 280 mm × 180 mm × 100 mm and 1650 g.

Stimulator A constant voltage stimulator was used to prevent heat generation caused by impedance increase from deterioration or insufficient setting of the electrodes, and the restriction of electric current was also set to prevent overstimulation during decreasing impedance. The subject can set the stimulation intensity, and has the ability to determine overload for himself. The output of electric current is isolated by a transformer, and the DC component does not apply output to the human body. The maximum current of stimulation applied to the subject does not exceed 20mA in flight. The battery was a Canon BP-930 (Canon Inc. Tokyo Japan), which was already present on the ISS for a video camera. This battery was available for use, and lasts for 15 HTS training sessions when fully charged.

Gel coated carbon electrodes (SEKISUI CHEMICAL CO.,LTD, Tokyo Japan) were attached over the motor points of the biceps and triceps muscles using a supporter. The supporter was designed so that the subject would be able to set the electrodes at the proper position easily for himself (GOLDWIN INC., Tokyo, Japan).

Joint motion was detected by expansion and retraction of a wire connected to a rotary encoder (ME-20-P, MUOTH ENGINEERING INC., Tokyo, Japan). The resolution, maximal detection speed, and maximal acceleration of the wire-rotary encoder were 0.01 mm, 15 m / min, and 7.8 m / s2, respectively.

Put on and set HTS

The electrodes were embedded in the supporter and attached over the motor points of the triceps and biceps muscles for the non-dominant upper arm only. Stimulation intensity was set at the level predetermined in a ground based adjustment 4 months before launch, and fixed for the ISS experiment. It was determined as 80% of maximal comfortable stimulation intensity as per previous ground based studies [16–22]. A constant stimulation intensity was used during the entire 4 week training period, and it was 21.0V on the triceps and 15.5V on the biceps muscle respectively.

Biodex System4-PRO (Biodex Medical Systems, Shirley, New York, USA) was used to evaluate muscle performance at Johnson Space Center. Measurement of elbow extension and flexion force was performed with isokinetic measurement at 180 degrees/min. In the isokinetic measurement, Peak Torque (Nm), Total Work (Joule: amount of work accomplished for the entire set) and Average Power (Watts: Total Work divided by time) were evaluated. Three sets of measurements were performed for the evaluation, and the maximum value was used for evaluation.

Muscle volume measurement by Magnetic Resonance Imaging (MRI) (SIEMENS MAGNETOM Verio 3T, Washington, D.C., USA) was performed at the Specialty Care Center, Victory Lakes of the University of Texas Medical Branch. A 5mm diameter spherical capsule of vitamin D medicine (Alfarol, CHUGAI PHARMACEUTICAL CO. LTD., Tokyo, Japan) which contained lipid was attached as a marker on the subject’s upper arms to confirm the scan level. A scale formed from an elastic arm support band (GOLDWIN INC., Tokyo, Japan) was made to identify a constant distance from the humeral medial condyle. The arms were scanned bilaterally using T1-weighted images (TR/TE = 500/18 msWeWe). Eleven axial slices of 10mm thickness were prescribed on a coronal scan including the marker and acquired perpendicular to the main axis of the humerus. 3 slices including the center slice with the marker were used to compare muscle volume. A scale was also used for a tape measurement of arm circumference during inflight evaluation.

Numerical Rating Scale (NRS) was checked by the subject after the first three sessions of training to assess any pain experienced by the subject. Other inflight evaluations were performed using simple evaluation methods 6 days before and 5 days after the 4week training period (Fig 3).

Muscle force measurement was performed using a hand held dynamometer (HHD) (GT 310, OG Giken, Okayama, Japan) (Fig 4A). HHD was used to evaluate elbow extension and flexion strength. The subject held the HHD himself, and isometric elbow force was measured by HHD as the subject pressed it to the hand rail in an erect position with the subject’s elbow joint at 90 degrees flexion position and feet fixed in a foot rest. For the precise measurement, a wrist fixation supporter and body fixation harness were originally made and utilized. Measurement was performed three times, and the maximum value was used for evaluation.

Se rifiuti, le tue informazioni non verranno tracciate quando visiti questo sito web. Un singolo cookie verrà utilizzato nel tuo browser per ricordare la tua preferenza per non essere rintracciato. interact with our website and allow us to remember you. We use this information in order to improve and customize your browsing experience and for analytics and metrics about our visitors both on this website and other media. To find out more about the cookies we use, see our Privacy Policy.

If you decline, your information won’t be tracked when you visit this website. A single cookie will be used in your browser to remember your preference not to be tracked.